The National President of the Federal Polytechnic, Ede, Alumni Association, Bashir Shittu, has cleared the air over his purported suspension.

He also described his suspension by the association as spurious and lacking validity.

Reacting to the news of the suspension, Shittu stated that no amount of blackmail or false allegation from the persons behind the action can stop the association from moving forward.

DAILY POST had reported earlier that Bashir Shittu was suspended over allegations of financial misappropriation and abuse of power.

But in his defence, Shittu claimed, “The National General Secretary, Bldr Buari Abiodun (Ph.D), wanted to be the next President, unfortunately, he lost after many attempts to disqualify his opponent.

“I can tell you categorically that all money spent got approval, and due process was followed. By virtue of my background, I cannot do anything without proper documentation.

“I would like to refer to the purported letter on the above subject matter that was circulated throughout our various platforms which I see as a child’s play and to urge to disregard the entire contents because I see it as malignment against my personality.

“It is clear that the authors of the alleged letter are desperados who wanted to hook on to the power at all cost but have no locus standi of effecting any suspension. Our ratified constitution is pretty clear about the procedures of suspension to any erring member.

“We all have seen the handwriting on the wall of their desperation in the last ten days towards our electioneering process, but we thank God for the successful election, and this is another landmark in the history of our dear Association. I want to thank everybody for the collective success.”

Speaking on the appointment of Acting President, Shittu disclosed that such was alien to the association’s constitution.

He hinted that he was ready to give an account of his stewardship in another few weeks.

Also reacting to the allegations, the National Financial Secretary of the Association, Salahudeen Babafemi said there was nothing like financial misappropriation.

Babafemi added that those peddling the falsehood chose to be mischievous and are putting the name of the association in disrepute.

He revealed that the National Secretary, Buari Abiodun, who wrote the letter of suspension was aiming to be the next president.

“As the financial secretary, I can tell you authoritatively that there was nothing like financial misappropriation.

In the same vein, the National Treasurer, Tiamiyu Obasanjo also claimed the suspension was illegal because as the treasurer, all the expenses of the association were fully documented and proper approvals given.

Some members of the National Executive Council of the alumni association had over the weekend risen from a meeting where they declared the National President suspended over what they termed as financial misappropriation. 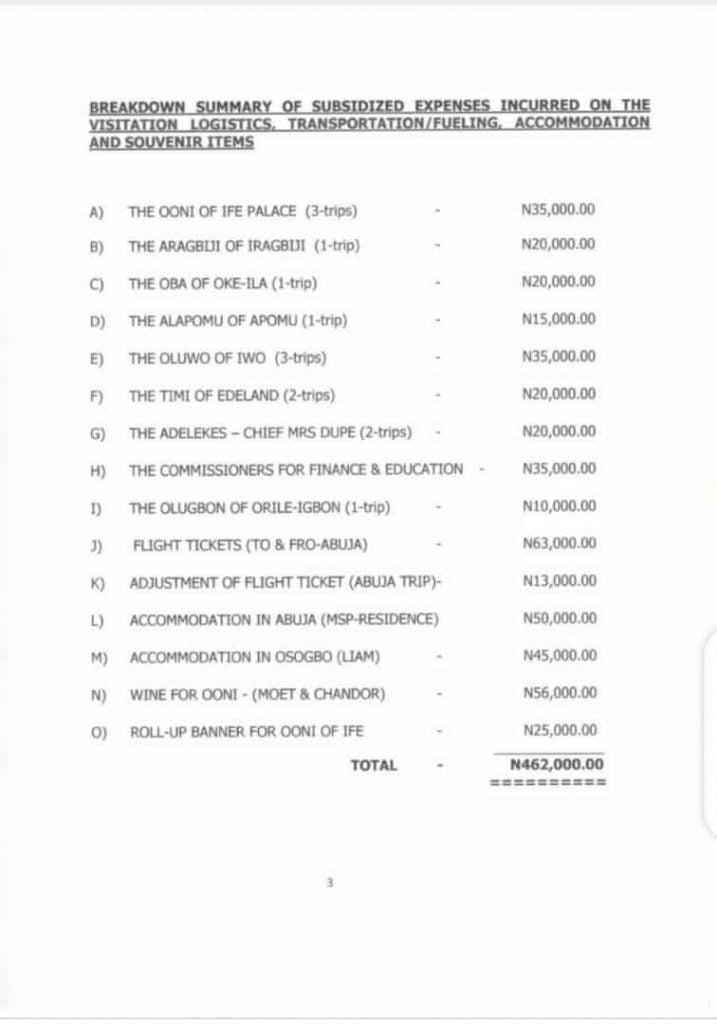 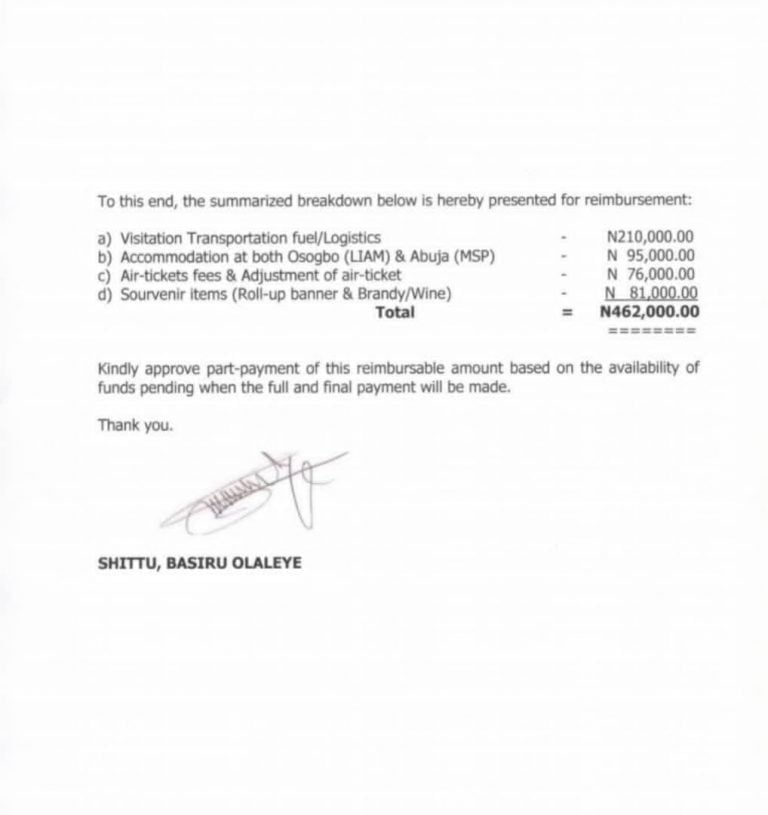 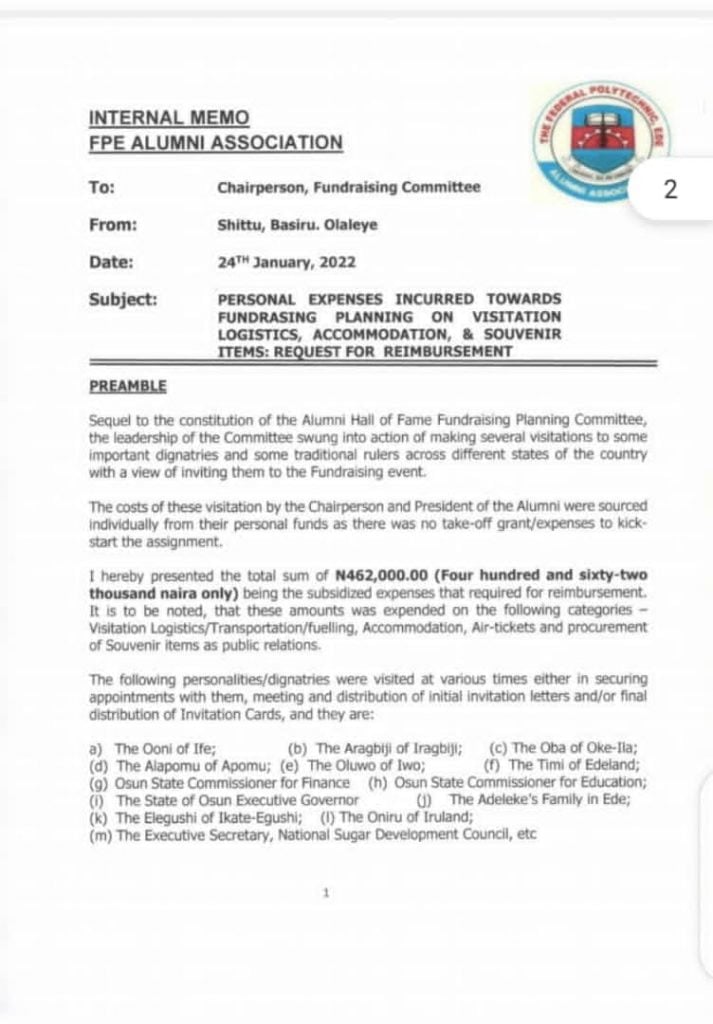