Comedian Efe Warriboy has taken  to his Instastories to throw shade at some of his colleagues currently on tour in the UK. According to him, only 5% of them are telling jokes while the others are just 'joking.' 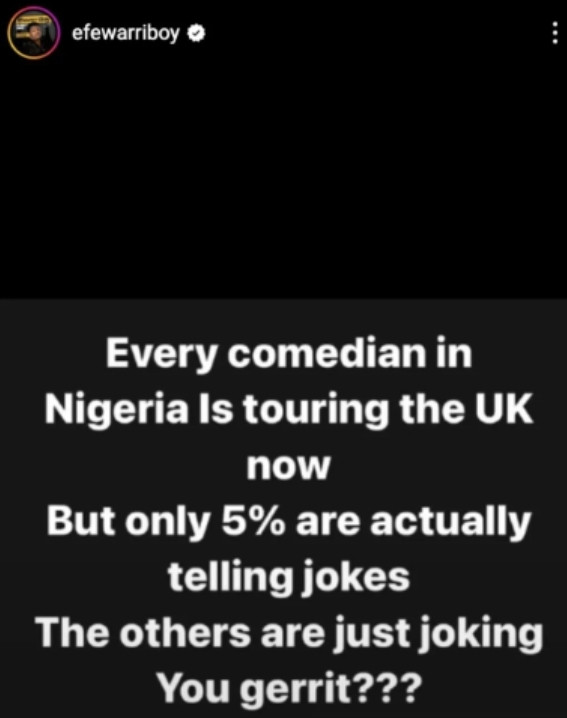 The post Comedian Efe Warriboy throws major shade at his colleagues on tour in the UK appeared first on Linda Ikeji Blog.