Police in Wichita, Kansas, is looking for a suspect who defecated in the middle of a beauty store.

The suspect dubbed the “poopetrator” was caught on surveillance camera pooping in an aisle of the Mid-K Beauty Supply store on East 21st Street on May 10.

Police said the “defecation was significant enough that 8 wigs were destroyed as a result.”

The woman left her poop there in the middle of the store and walked out after the incident.

The incident was caught on camera but “for the good of all of you we are not posting the footage of the offending fecal assault,” Wichita cops said. 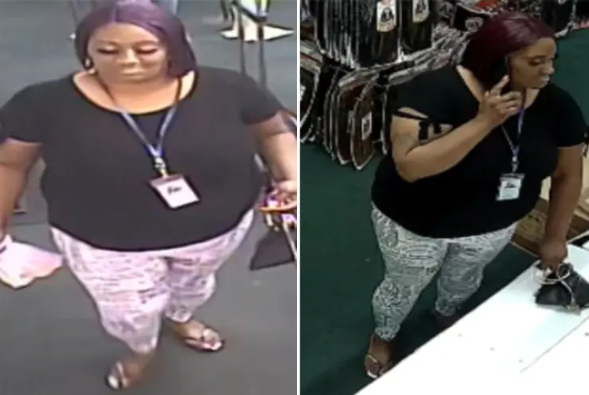 Authorities also did not release the woman’s name, but said they have confirmed the identity of the “public enemy number 2”.

“We’ve already confirmed that this is NOT Amber Heard so please stop calling and emailing that info,” the department added in the comments.

The Amber Heard comment comes amid the actress and her former partner Johnny Depp’s court trial.

Depp previously testified that he believed Amber Heard defecated on his side of the bed — and tried to blame their dogs, Pistol and Boo — after an argument during her 30th birthday party in April 2016.