One Leslie Nguher, a friend of Abuja corps member, Stephanie Terungwa, who was kidnapped and killed in Abuja, has cursed the female suspect, Jennifer Tsembe, arrested in connection with her murder.

Tsembe, 26, was arrested alongside Monday Simon and Solomon Abu, after they voluntarily stated their involvement in the perpetration of the dastardly act.

Taking to Instagram, Nguher, who repeatedly appealed for help when her late friend went missing, said Jennifer will suffer for her alleged crime.

“See their wicked faces. God will punish all of you. As for you Jennifer, if you are lucky to not get a death sentence, then your generation upon generation will suffer for what you did to my innocent friend.” she wrote. 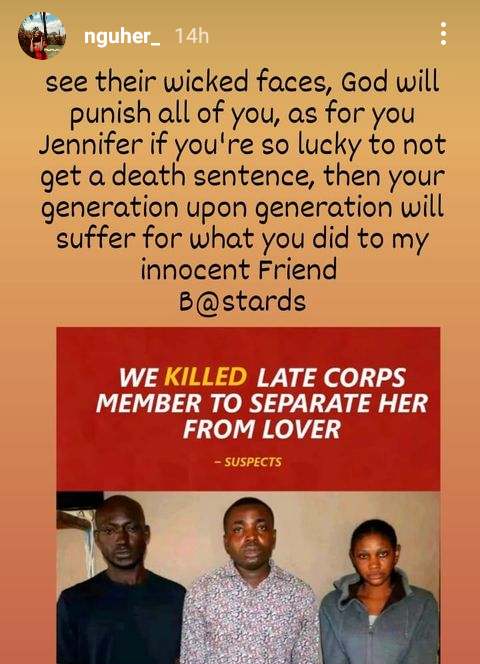 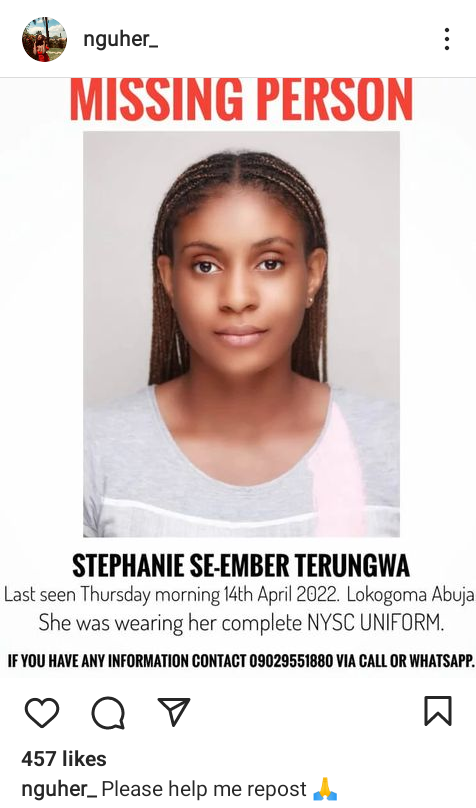 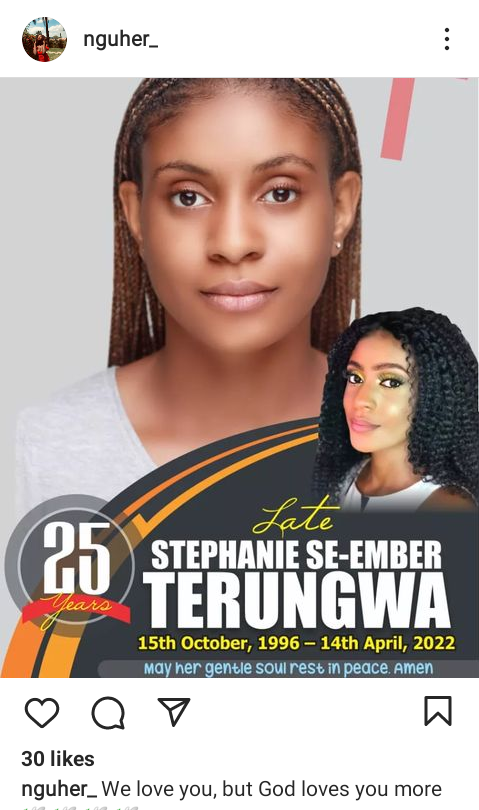