Police officers in India have arrested a Nigerian national who was allegedly found wandering in a ”semi-undressed” state in Bengaluru, Karnataka.

The man identified simply as James,33, a resident of Hennur Cross in Bengaluru, was arrested by Sampigehalli police on Monday and taken up further investigation.

According to police, the accused was found wandering near Shivaram Karanth Layout Park in an ‘almost undressed state causing embarrassment to women, children and people.’

The police later took him into custody and admitted him to a hospital since he had injuries on his body.

The police constable Srinivasmurthy has lodged a complaint against him, local media reported.

The police stated that the accused seemed to be having mental issues and was not cooperating with the investigation. 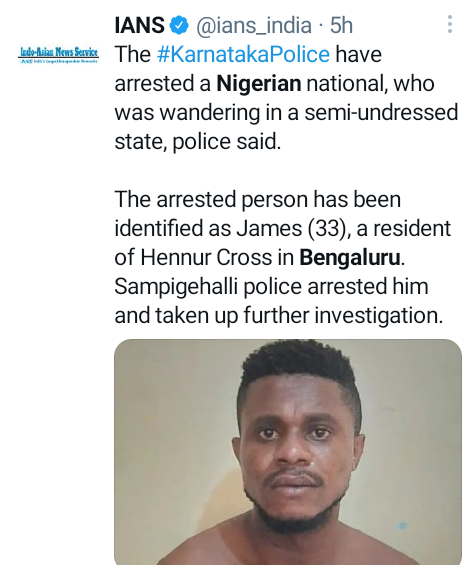