Azman Airline has distanced itself from Captain Jamil Abubakar and a tweet he shared following the killing of a Christian student by her Muslim counterparts for alleged blasphemy.

Deborah Samuel was beaten and stoned to death before she was set ablaze on Thursday, May 12.

Her crime was a statement she made on her class WhatsApp group which her Muslim colleagues considered to be blasphemous to the Prophet.

Tweeting following Deborah’s death, Captain Jamil, an experienced pilot, son of the former Inspector General of Police Mohammed Abubakar, and son-in-law of Africa’s richest man Alhaji Aliko Dangote, tweeted: “In Islam we respect the Injil, Taura, Zabur, we were never taught to disrespect any of the book, or any of the prophets From Adam to Muhammad SAW & the Quran.

“The punishment for Blasphemy is D£ATH! in most religions including Christianity.
Respect Peoples religion it’s simple!”

He added: “In Islam the Sharia court handles these cases. Islam put rules & regulations to control peoples action and motives, so the wrong ones are not cheated and justice is served the right way.”

He has now deleted the tweets after it caused outrage. 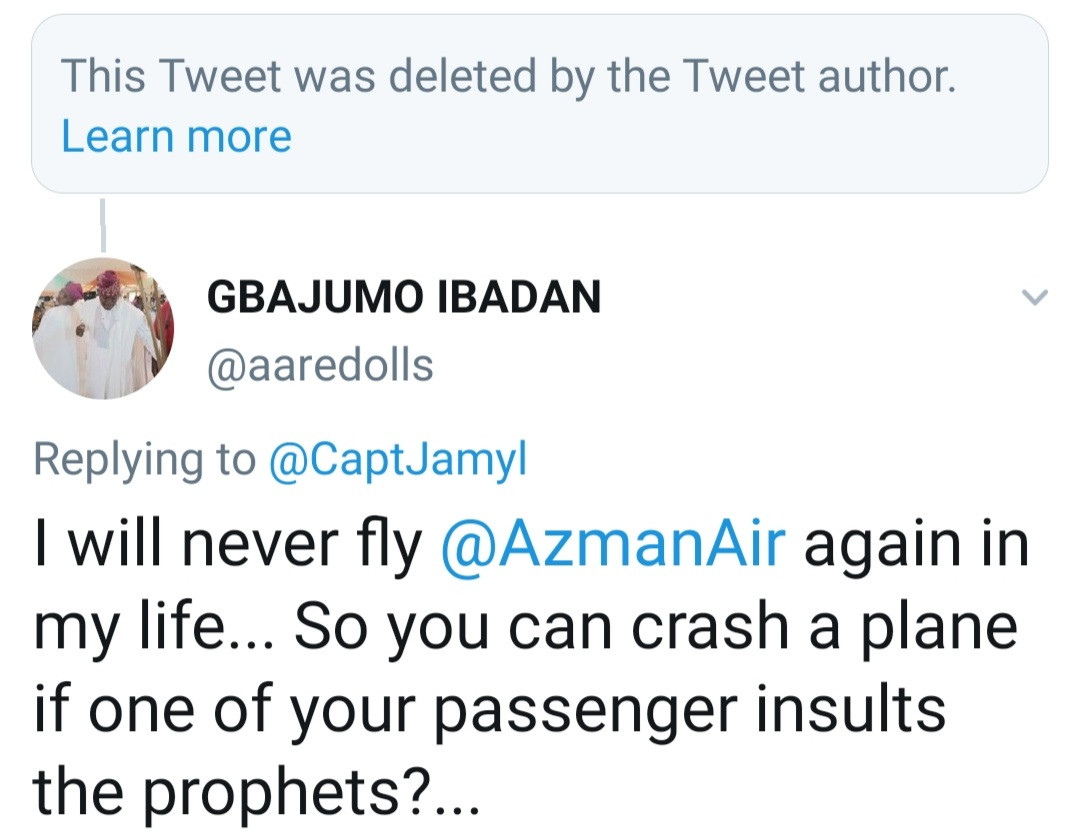 Twitter users mentioned Azman Air as his employer and called on the Airline to take action. Others defended Jamil and said they agree with his tweet. 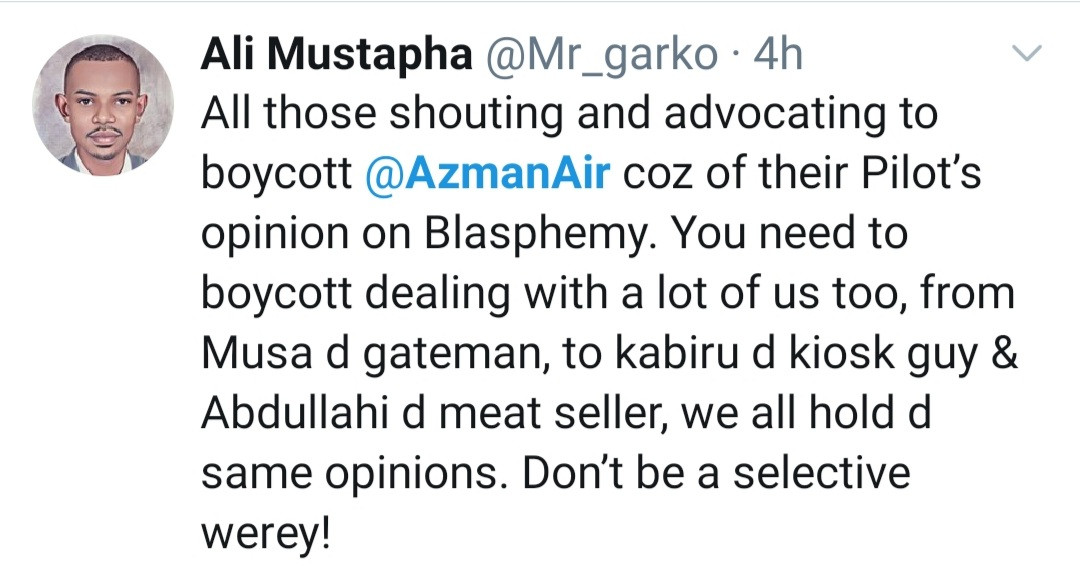 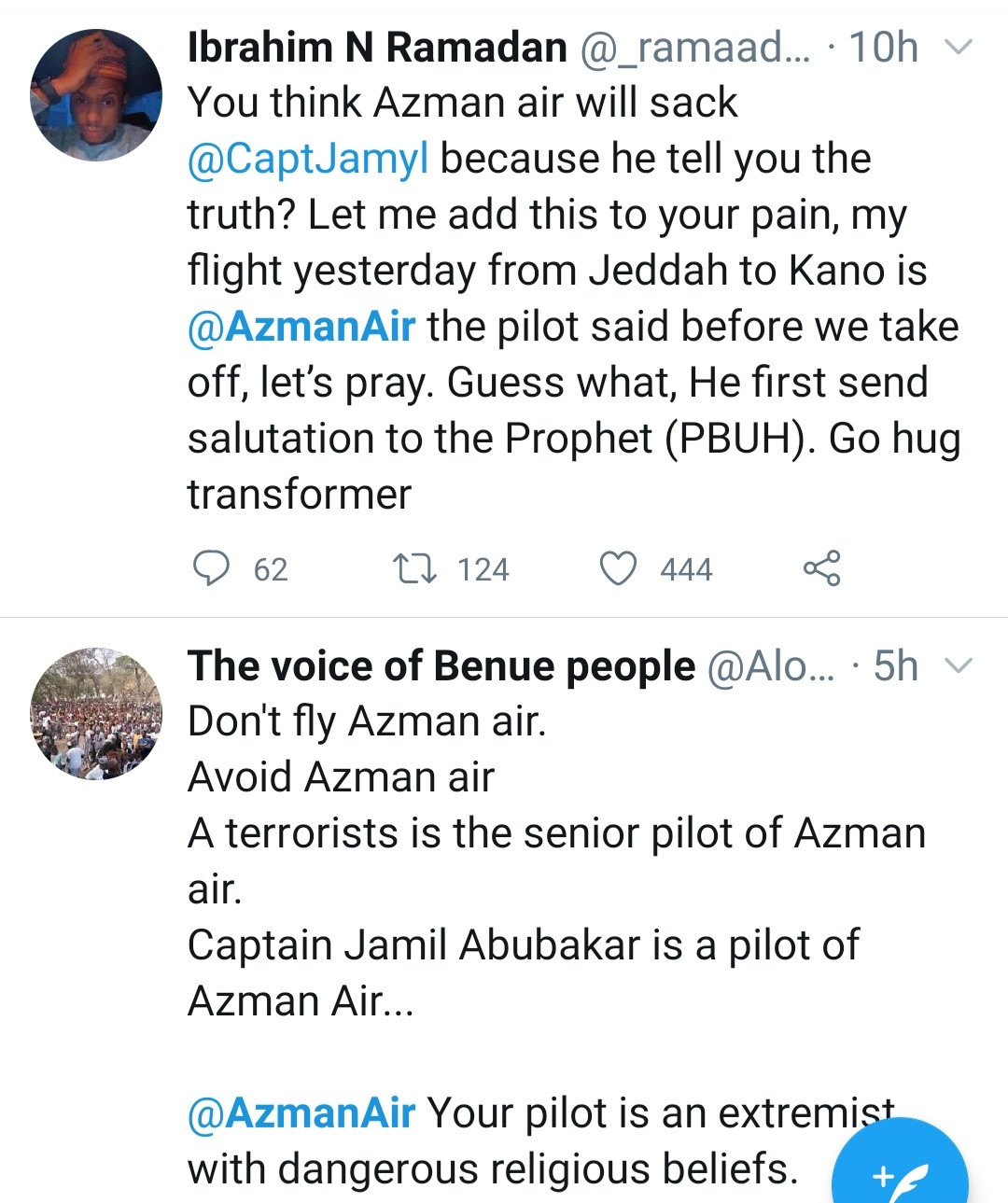 Azman Air has now said that he is no longer their pilot and last worked with them in Dec 2019.

The Airline also said it will not take responsibility for the comment of a former staff.

The tweet reads: “PUBLIC NOTICE: Capt Jamil Abubakar is no longer a pilot @AzmanAir; his last flight with us was 22nd Dec 2019.

“We refuse to take responsibility for a comment or view of a former staff. 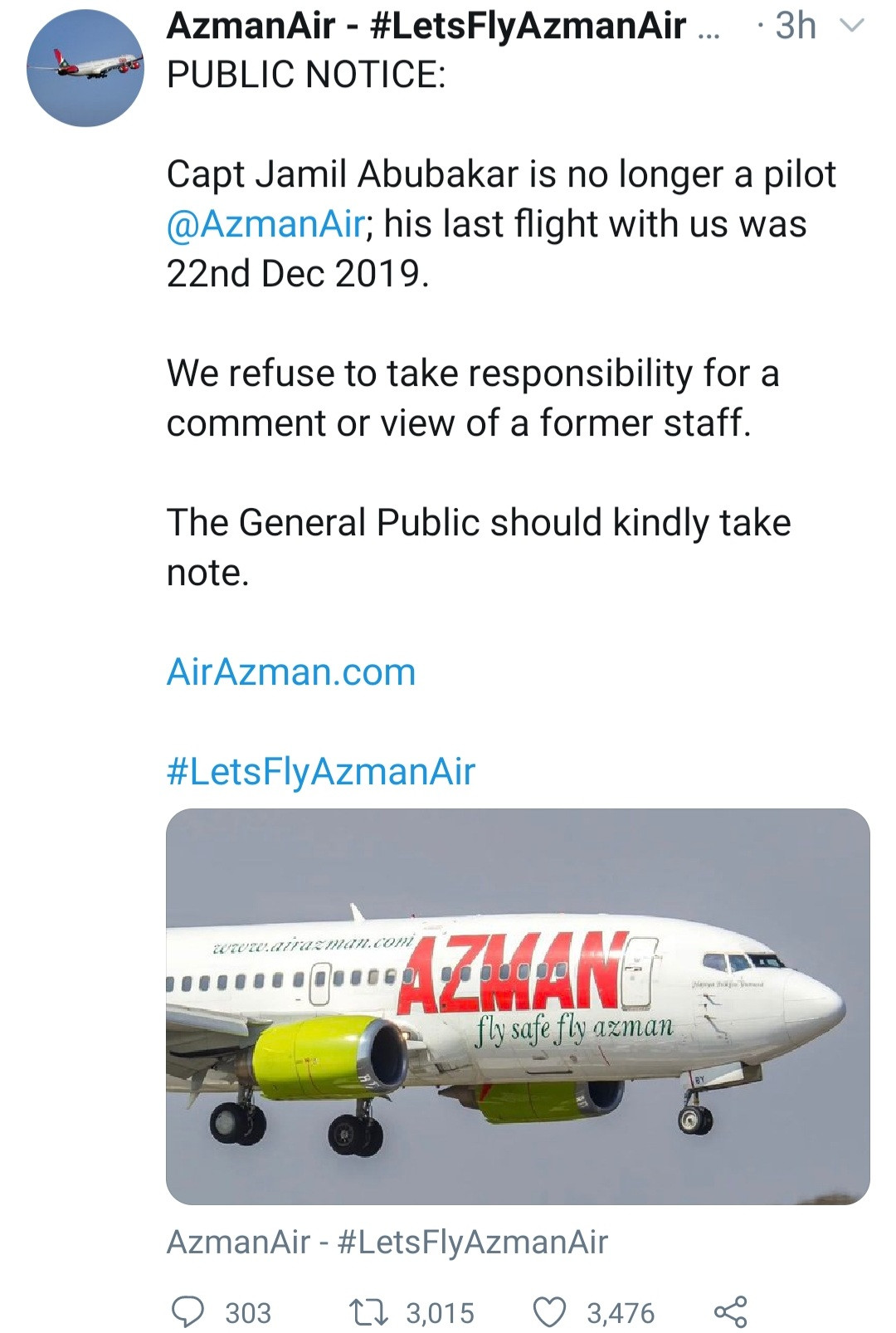