A Ukrainian man is lucky to be alive after he was seized by Russian troops, shot in the face, bound by the hands and feet, and thrown into a grave alongside his brother.

Mykola Kulichenko, from the village of Vyshneve, just outside Kyiv in the Bucha Raion of Kyiv Oblast, was put in a hole alongside his older brother on March 18, by Russian soldiers who believed he was dead.

He and his two brothers were at home when the house was raided. The soldiers were angered when they discovered that Mykola’s brother Eugene had served in the Ukrainian Army and that the brothers’ grandfather’s war medals were on display.

Mykola told a news crew that they were then tortured and executed.

The three brothers were shot and Mykola’s two brothers died instantly. Their sister Iryna escaped because she was in a neighbour’s house at the time.

“Slam! And the blood flowed through my body,” he said of the moment the bullet hit his face after he and his brothers were taken to an old sawmill to be executed.

The bullet entered through his cheek on the right hand side of his face, before bursting out through the soft tissue under his right ear. 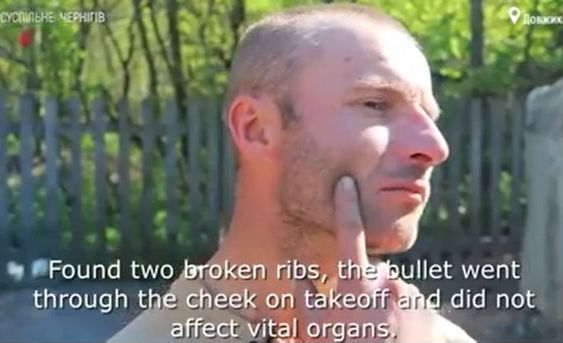 He explained how he escaped the grave where he and his dead brother Dima had been thrown into.

He said: “I pushed Dima out by myself. I got out and Dima fell in my place.” 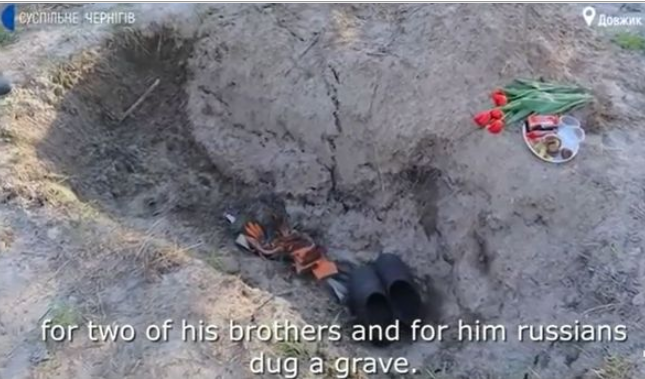 Miraculously, he survived. He pushed himself out of the grave and walked to the nearest village, past a Russian checkpoint.

He was helped by an elderly resident called Valentine, who said: “I saw that he was beaten, bruised and all covered in earth. I invited him to the house where he washed and had breakfast, and I gave him some food to take with him.”

After he left the Good Samaritan’s house, he walked forty kilometres to his own village where he finally saw a doctor.

Mykola suffered two broken ribs but the bullet to the face didn’t affect any vital organs, and his wounds have now healed, though the scars remain.