The strike was recorded in the 94th minute of a final day fixture that saw City crawl back from two goals down to pip Manchester United to a domestic crown in dramatic fashion under the management of Roberto Mancini.

Aguero is now the club’s all-time leading marksman across 10 years spent in English football, and the club has now decided to immortalize him alongside his former team-mates Vincent Kompany and David Silva. 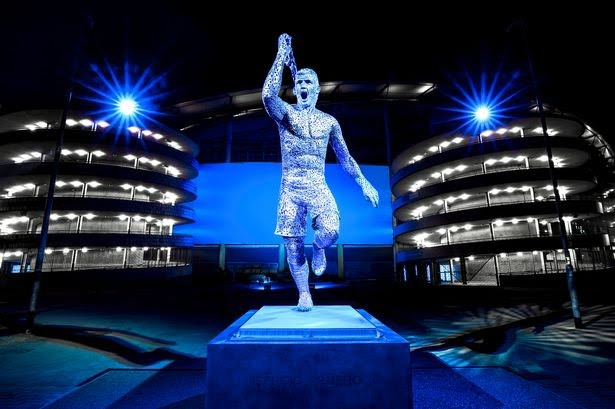 “Sergio Aguero’s contribution to Manchester City in a defining era for the club cannot be overstated. He is without doubt one of the greatest players that has ever played the game.

“When our fans think of Sergio, they are immediately drawn to the iconic moment of 93:20 and the goal that secured the Club’s first league title in 44 years, but as his record of 260 goals for the Club demonstrates, his legacy and impact at Manchester City go far beyond that.

“It is only fitting that Sergio has been recognised with a statue of his own, in celebration and honour of his accomplishments in one of the most important chapters of Manchester City’s rich and long history.” 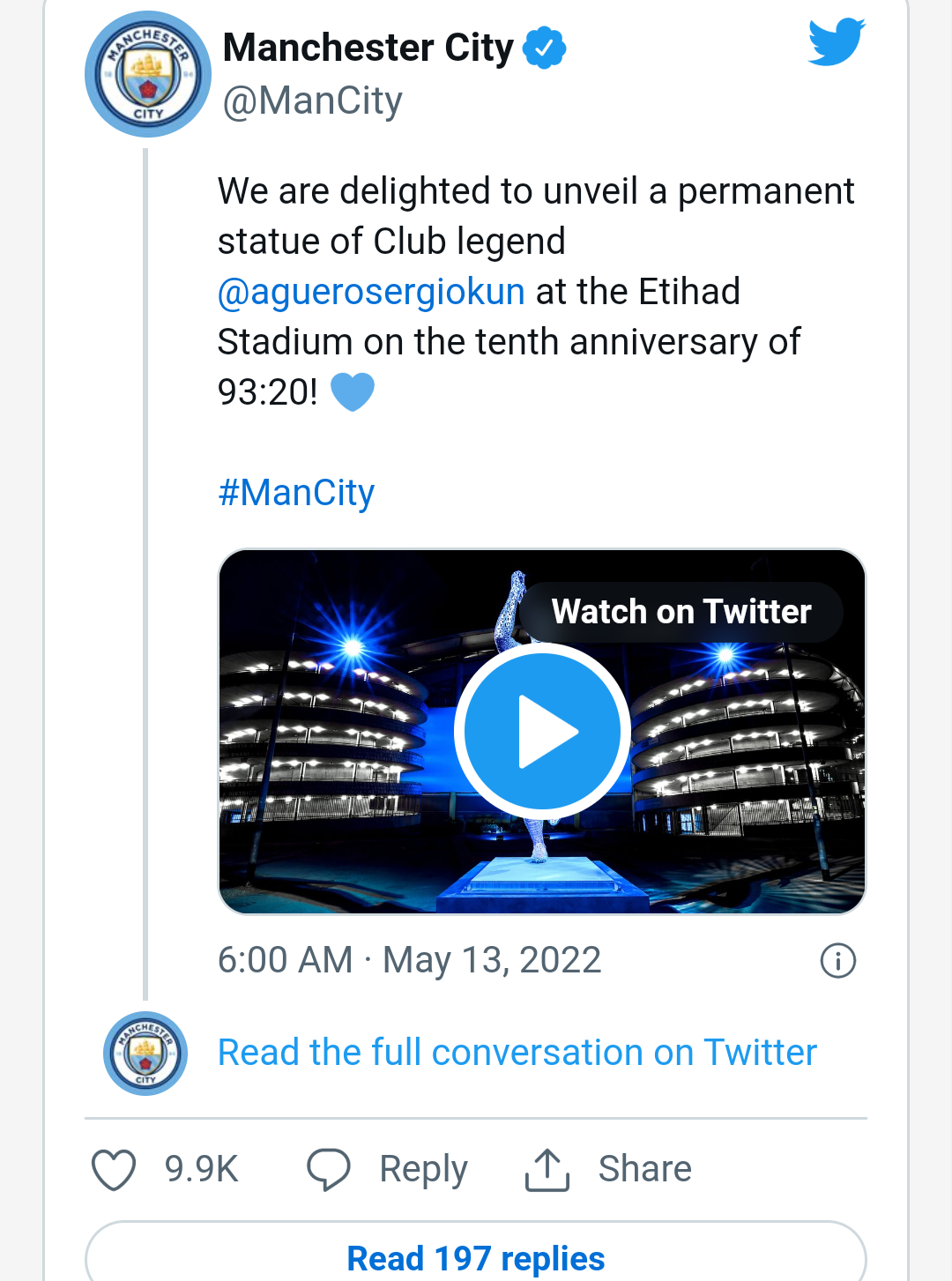 Watch the video below…

We are delighted to unveil a permanent statue of Club legend @aguerosergiokun at the Etihad Stadium on the tenth anniversary of 93:20! ?#ManCity pic.twitter.com/NUoyPyAMBm