A Federal High Court sitting in Makurdi, Benue State has sentenced a 24-year-old woman, Mercy Sese, to 7 years in prison with the option of N4.5m fine for trafficking young girls to Mali for prostitution.

The presiding judge, Justice AbduDogo  sentenced the accused on Wednesday, May 11, after she pleaded guilty to a 7 count charge preferred against her for the offence of organizing foreign trips for young girls to Mali for sexual exploitation.

The offence contrary is to sections 18, 27 and 29 of the Trafficking in persons (Prohibition) enforcement and administration act 2015.

LIB had reported that the Makurdi Zonal Command of the National Agency for the Prohibition of Trafficking in Person, NAPTIP, arrested Sese at a popular motor park in Makurdi earlier this year. 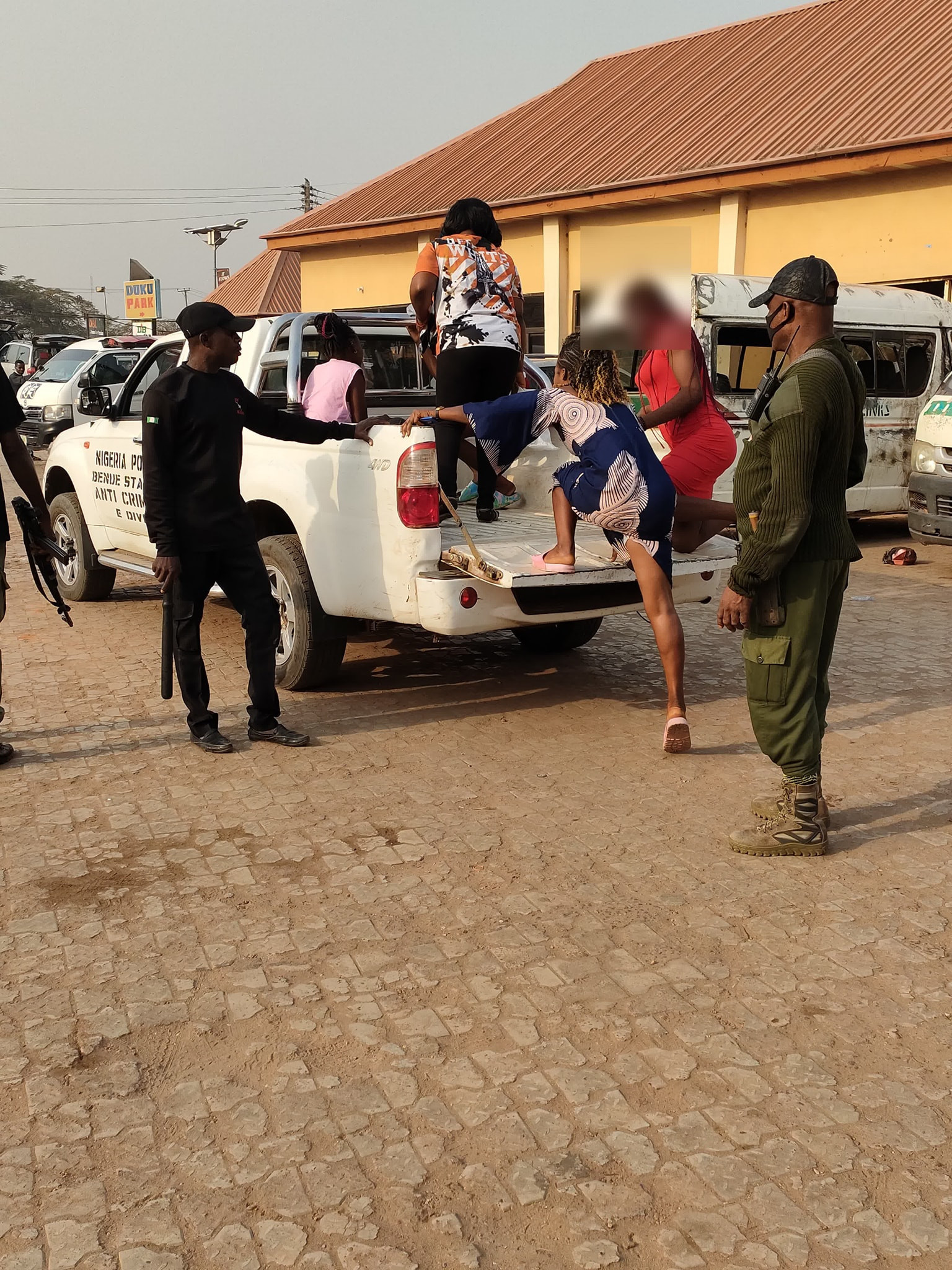 “The Command in the early hours of Friday, January 7, 2022, received a call from a concerned citizen from Duku Motor Part at Wurukum Makurdi, who alerted the command of a suspected case of human trafficking involving seven ladies of which one is the suspected trafficker,” she stated.

“The victims were between the ages 16 – 24 years by facial analysis. At the time of the arrival, the Nigerian police were also on the ground because they were also called on the matter

“About N500,000 was found on the suspect alongside some foreign currencies indicating that the victims were to be moved to a destination outside the country yet to be determined

“The ladies were all moved to the office of the Nigeria Police in the company of the officers o NAPTIP and the police are carrying out preliminary investigation for onward transfer to NAPTIP for future investigation and possible prosecution.” 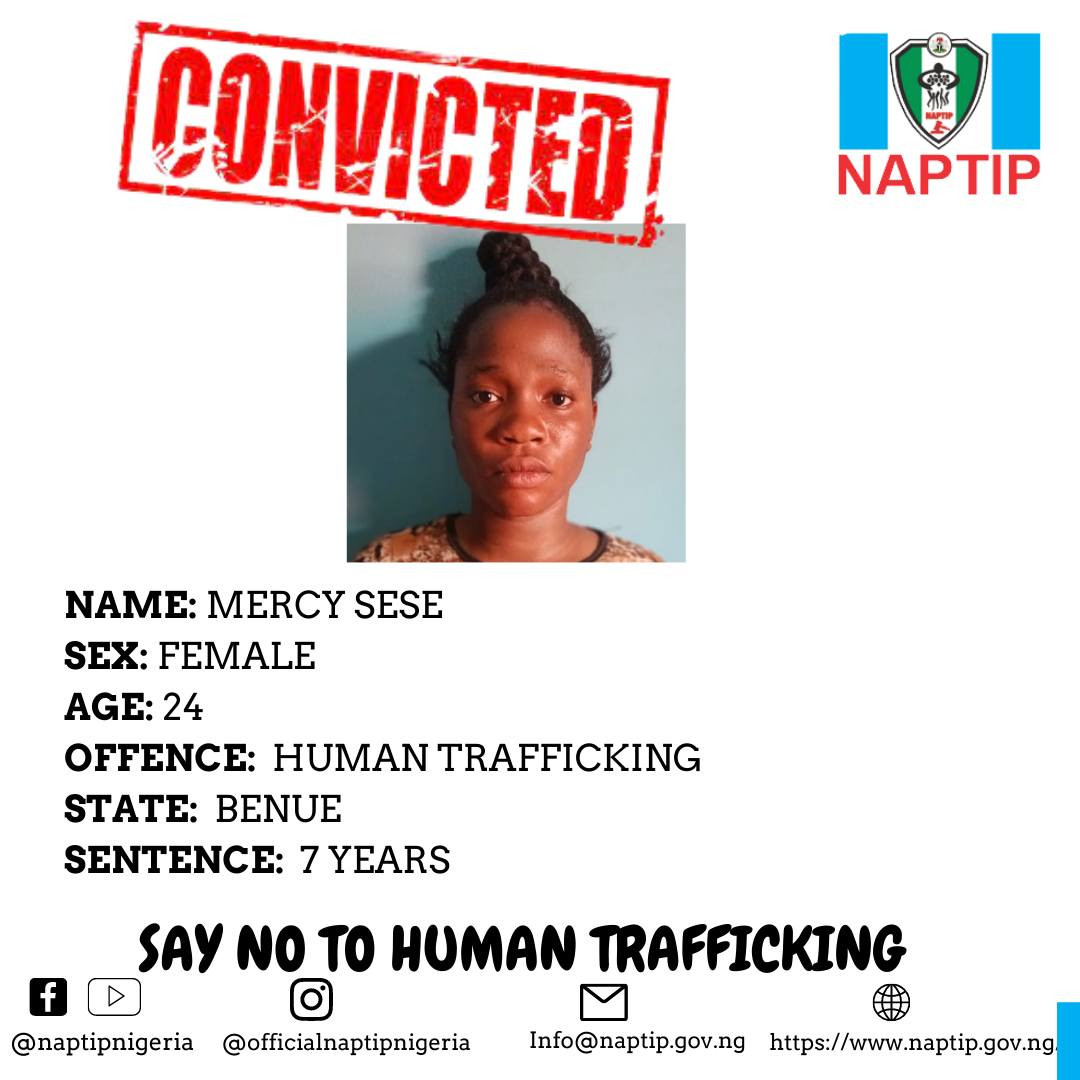 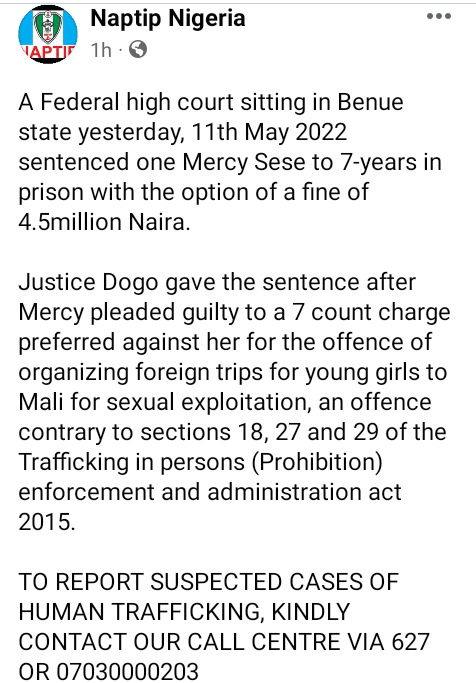