A Nigerian lady, Ingo Preye has found her missing National Identification Number card in the possession of a suspected thief caught in Bayelsa State

LIB had reported that the suspect was caught while allegedly attempting to steal car parts in Okutukutu area of Yenagoa on Tuesday May 10.

According to Preye, she discovered that the card was missing after she alighted from a commercial trycycle in Yenagoa one year ago. Other crards were also found on him. 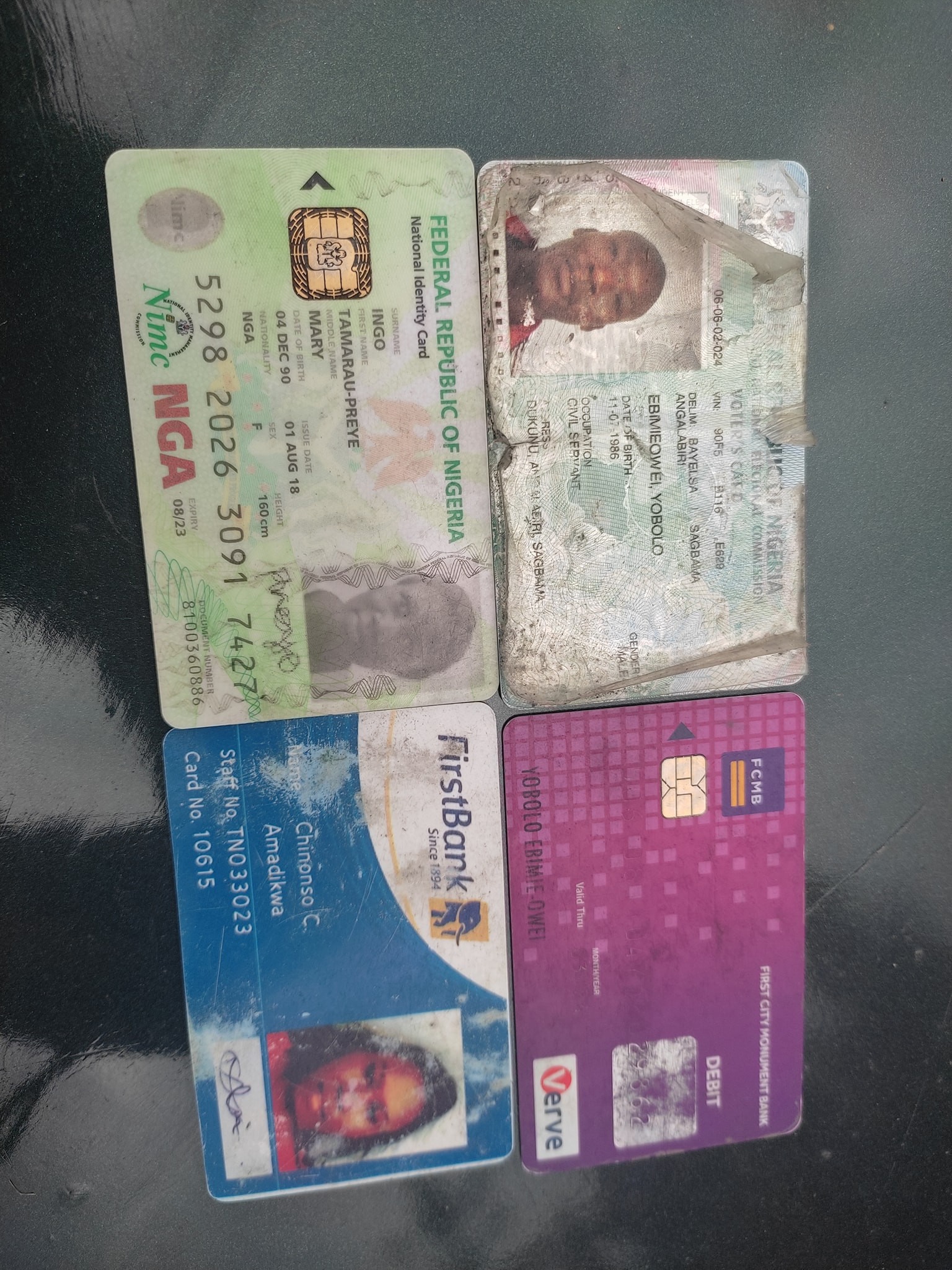 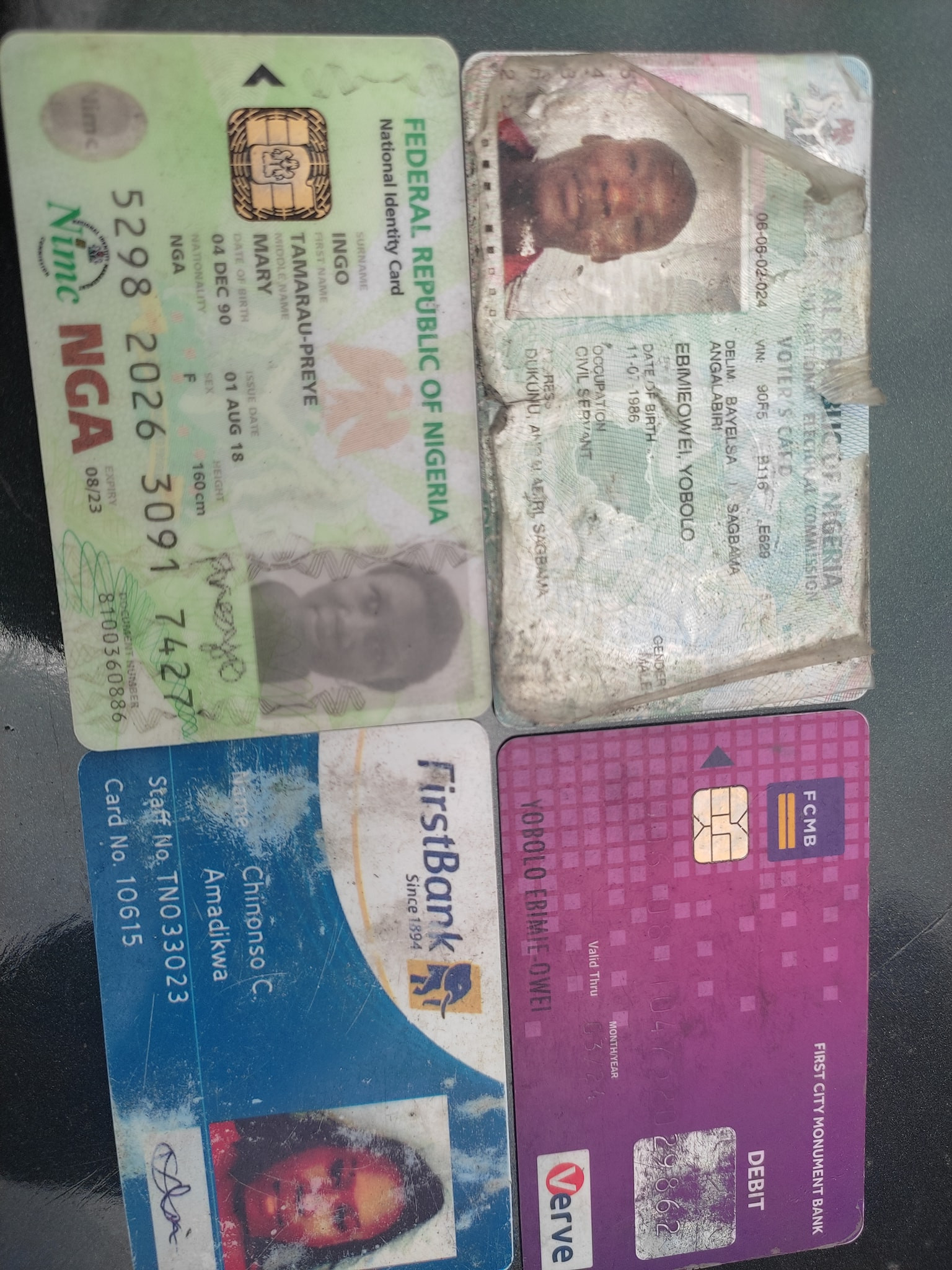 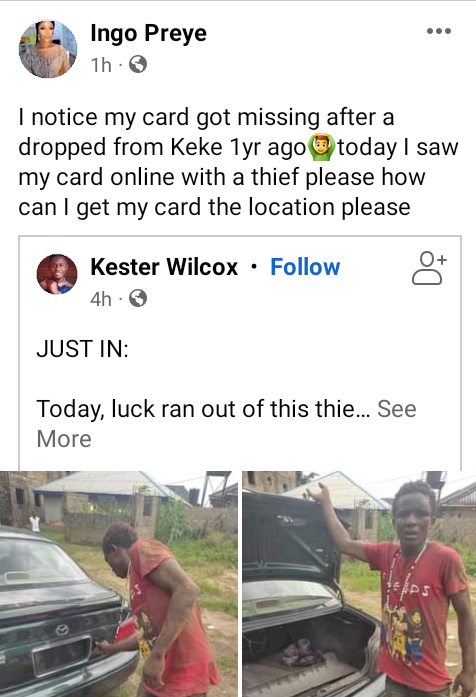 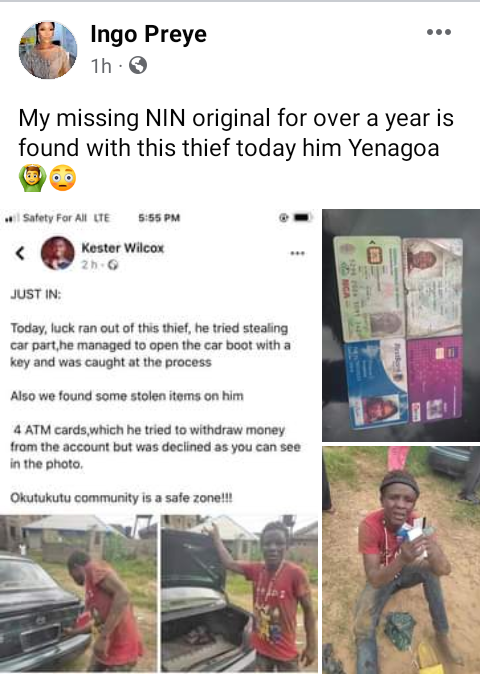