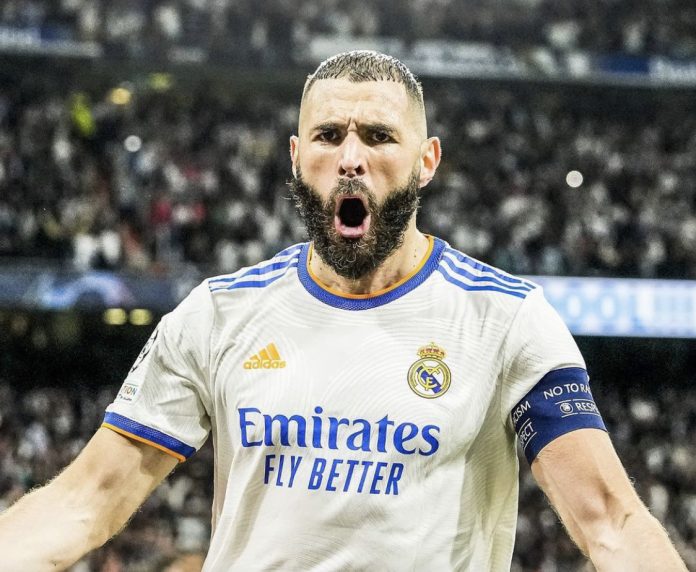 – Real Madrid produced one of the all-time great European comebacks to stun Manchester City and book a most unlikely spot in the Champions League final against Liverpool.

– A brace from Rodrygo and a Karim Benzema penalty, all scored from the 90th minute on, gave Carlo Ancelotti’s side a 3-1 win after extra time at the Bernabeu on Wednesday to send them to Paris with a 6-5 aggregate triumph in a semifinal not soon to be forgotten.

– Madrid trailed 1-0 on the night and 5-3 on aggregate heading into the 90th minute after Riyad Mahrez’s 73rd-minute goal looked set to send City to their second successive Champions League final. But, as dramatic fight backs against Paris Saint-Germain and Chelsea have already shown in this season’s competition, Madrid are never to be counted out.

Also Read: Benzema on Man City return match: We are in the battle to the end

– And they saved their most incredible feat for this night. After coming off the bench, Rodrygo scored in the 90th and 91st minutes to level the aggregate score and send the Bernabeu crowd into bedlam and the semifinal to extra time. With City shaken, Benzema then won and scored a penalty in the first five minutes of extra time to give Madrid a lead they would not relinquish.

– As they seek a record-extending 14th European Cup, Madrid will now take on six-time winners Liverpool in the final at the Stade de France later this month. No one will be writing them off.