The alleged victim of one-chance operators in Kaduna has been accused of lying and faking a story for clout.

A Twitter user with the handle @Lima_modu had caused concern early this morning when she sent out a cry for help, alleging she was being taken to a “dark place” by one-chance operators after she boarded a taxi in Kaduna  (read here).

She later gave an update. She claimed the criminals beat her up, tried to rape her, and stole all her valuables, including the money in her bank app.

She added that one of the passengers in the taxi was stabbed and she shared a photo of the alleged victim and asked for prayers for him (read here). 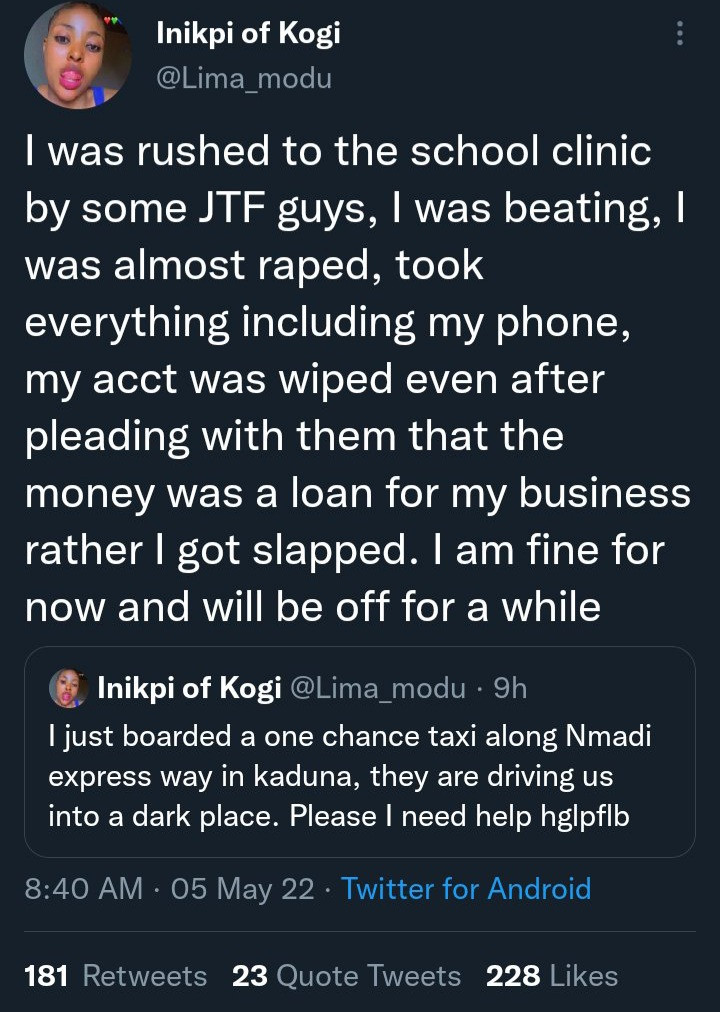 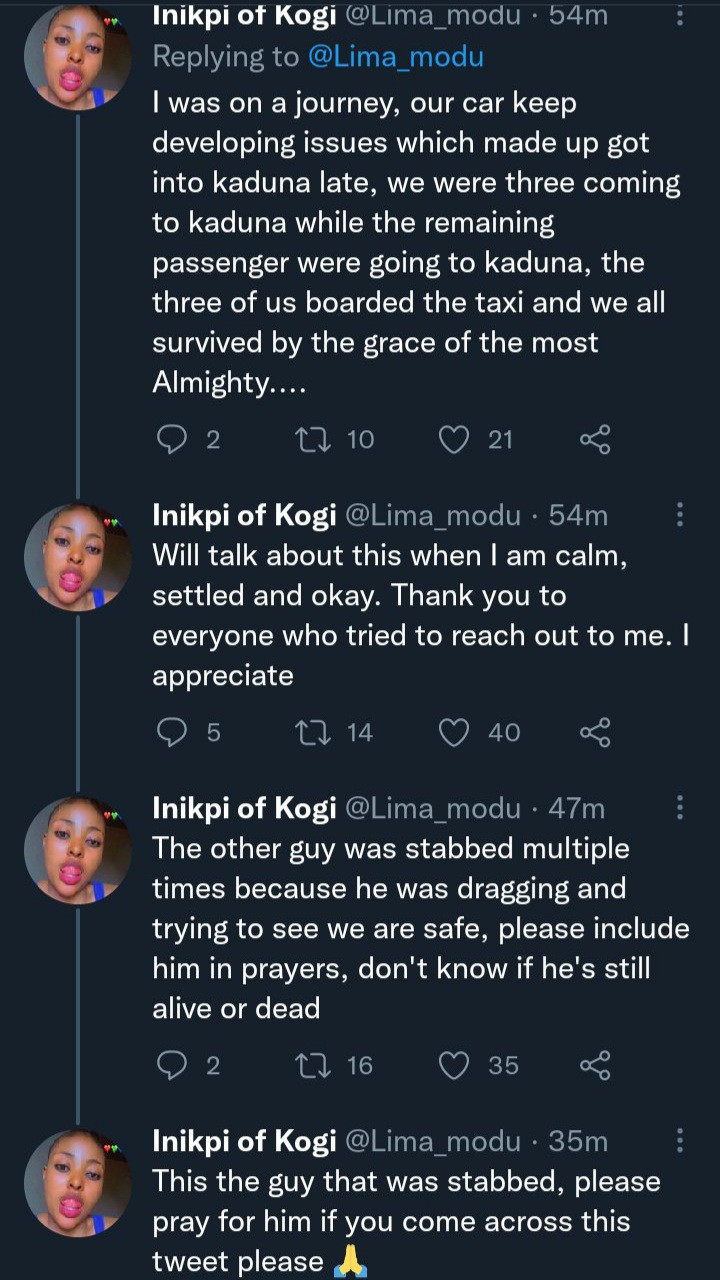 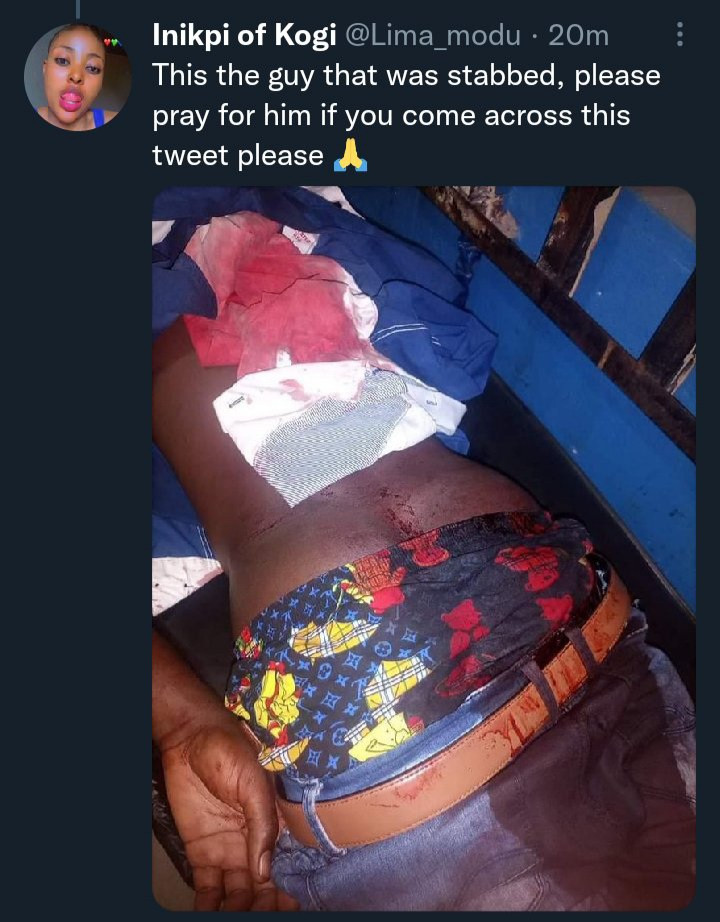 But, it turns out the photo was shared back in February by a stabbing victim.

The alleged one-chance victim blocked the ”real owner” of the bloodied photo before sharing the photo online to back her false story.

She has been called out for allegedly sharing a fake story and causing people to worry unnecessarily. 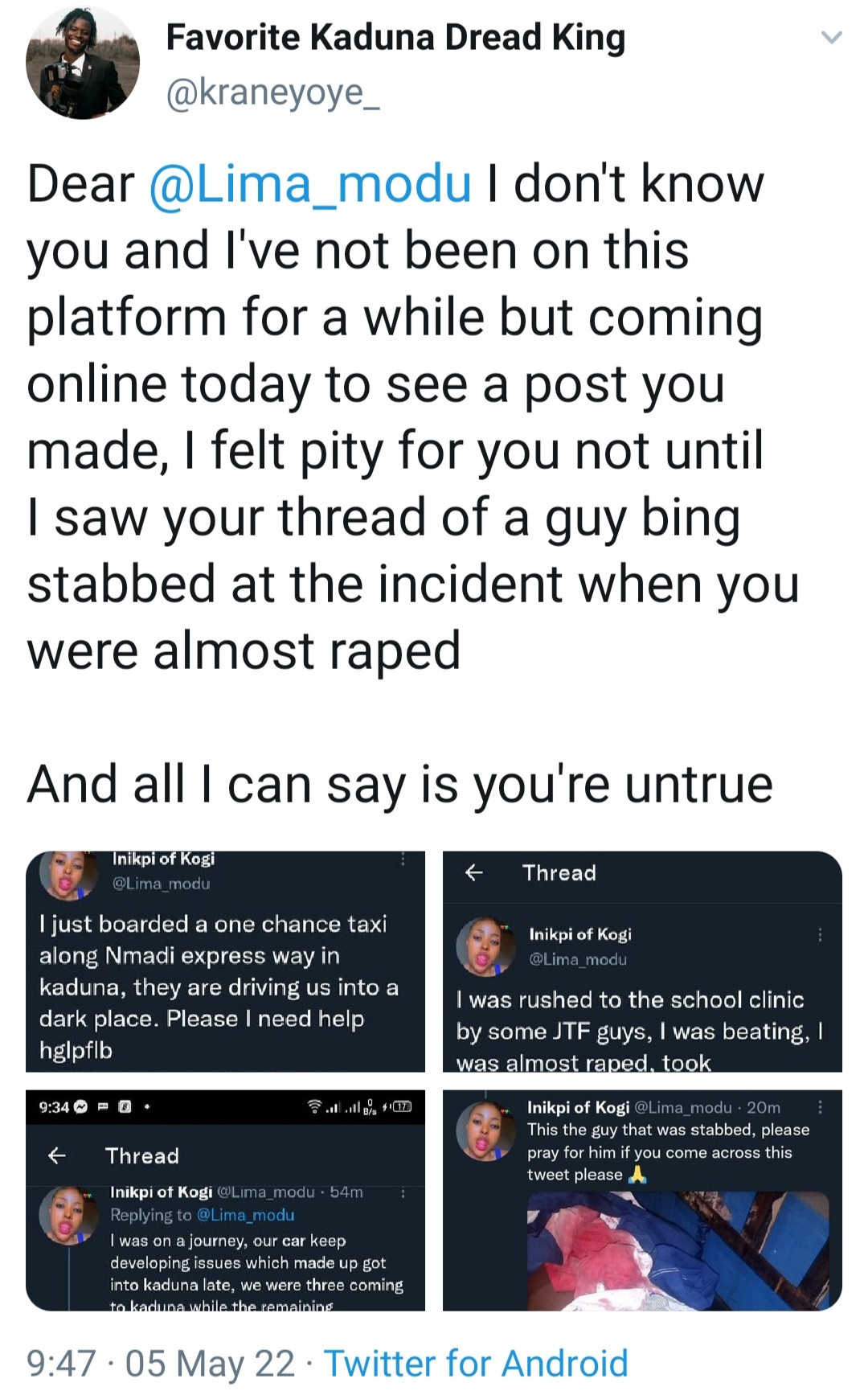 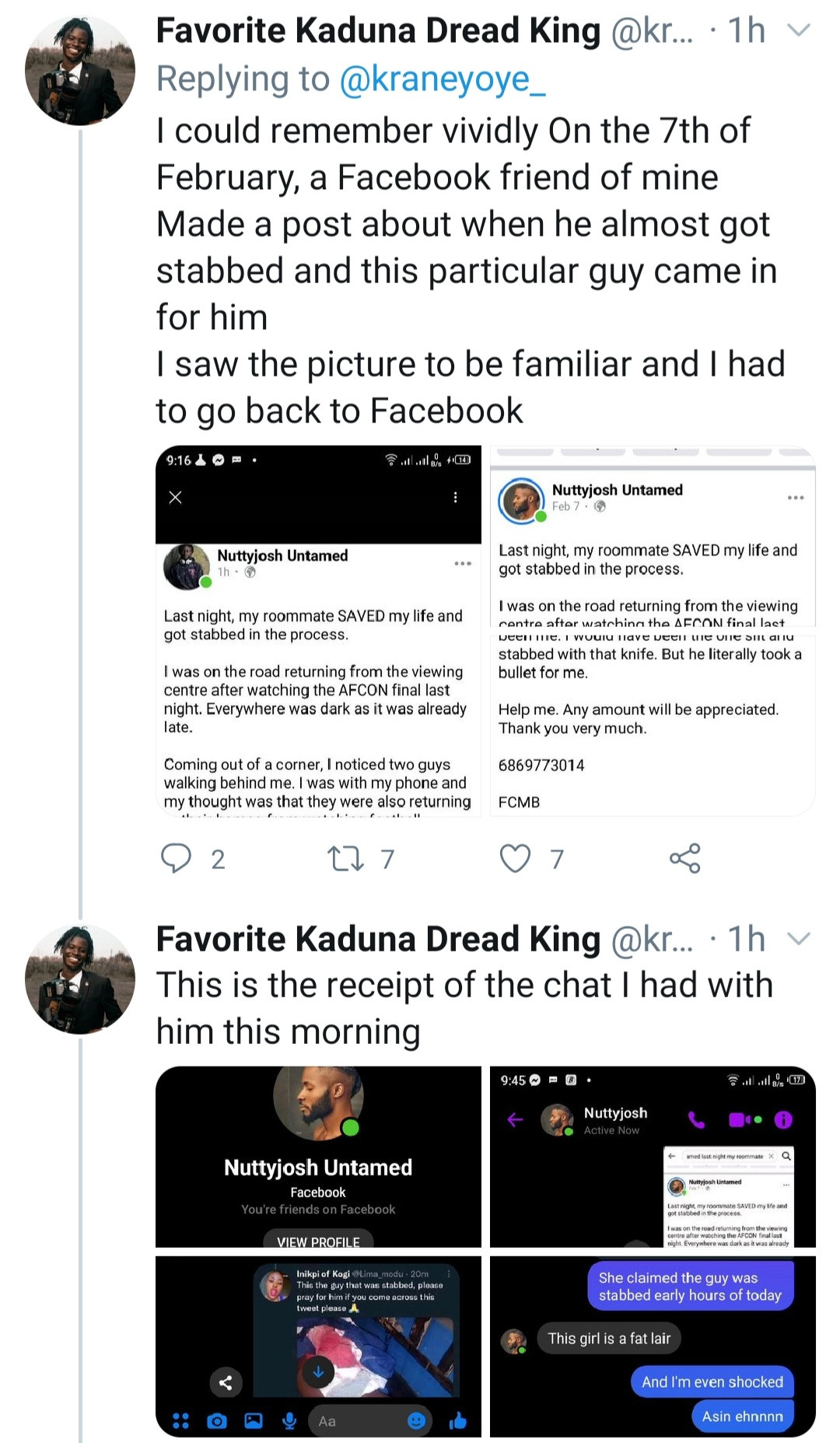 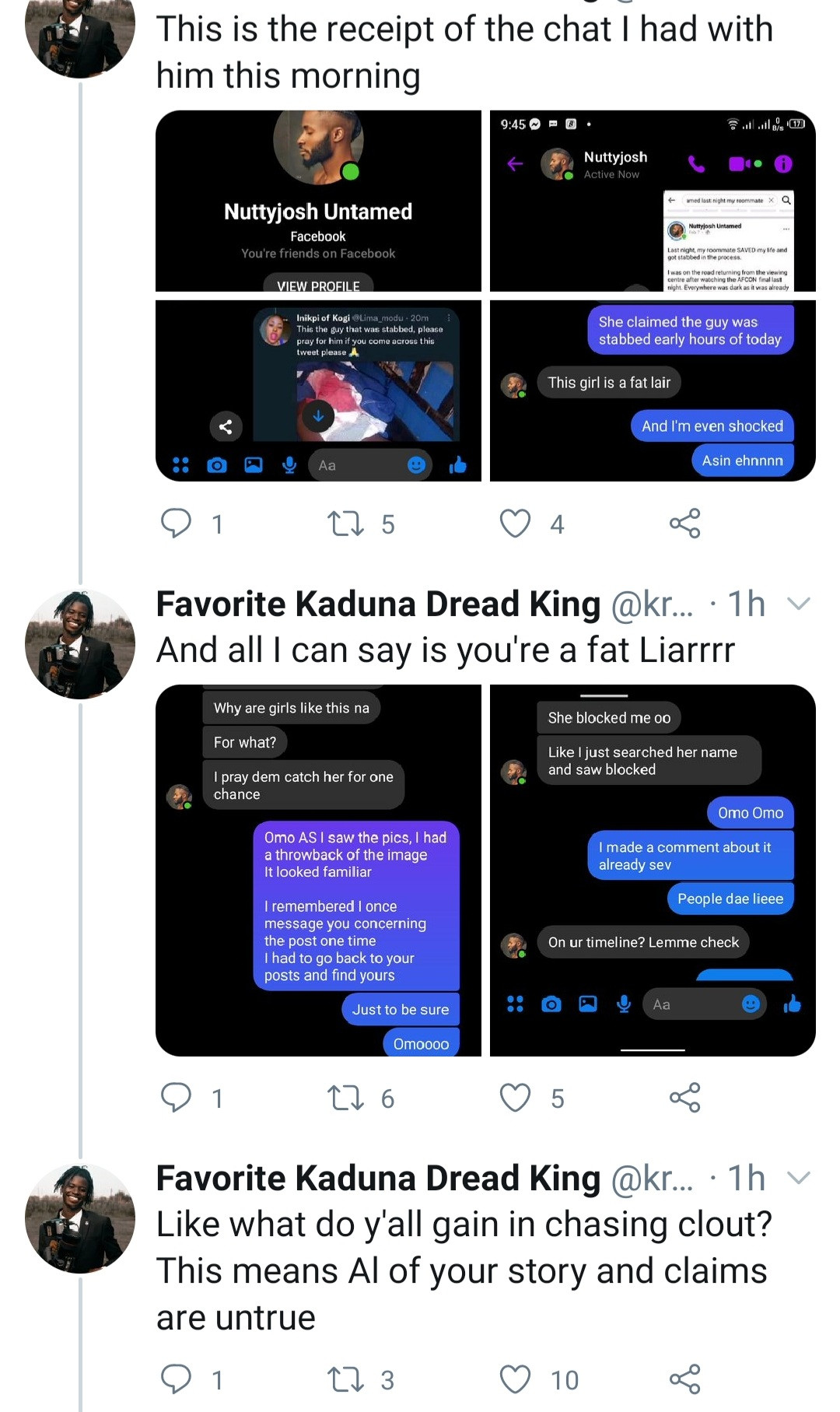 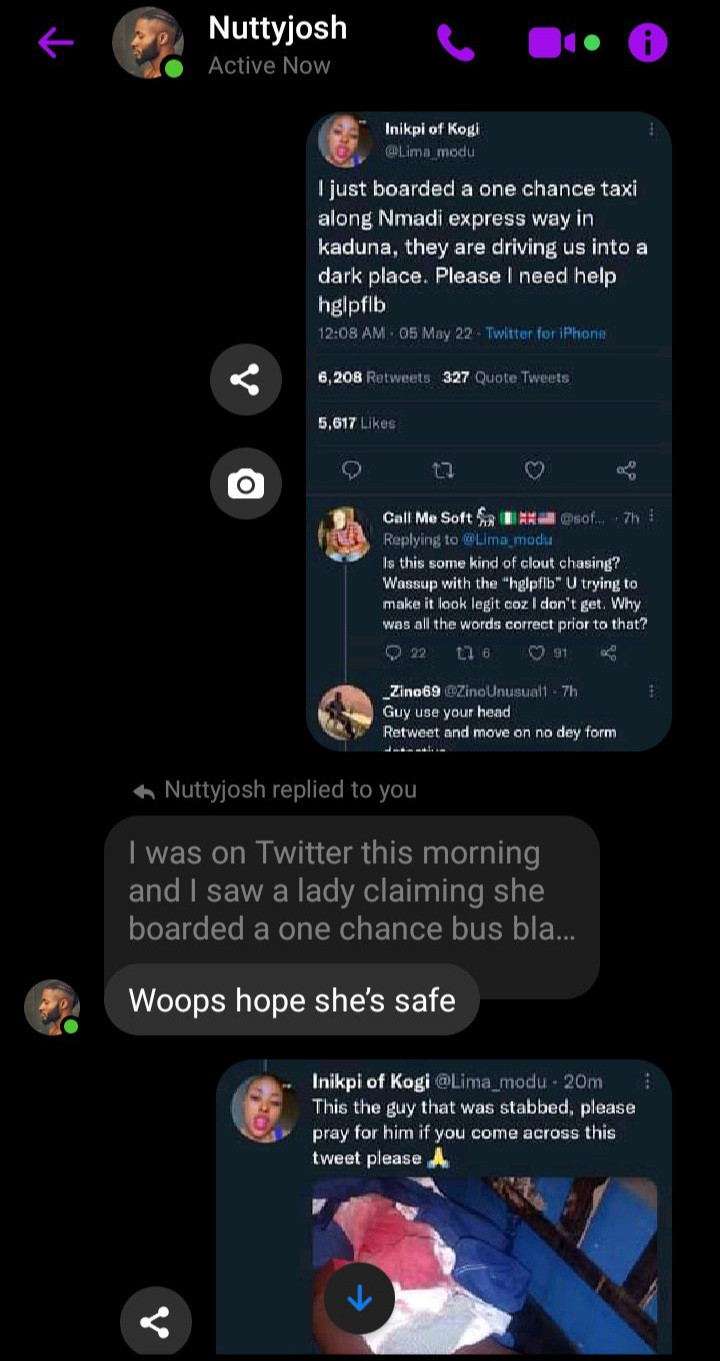 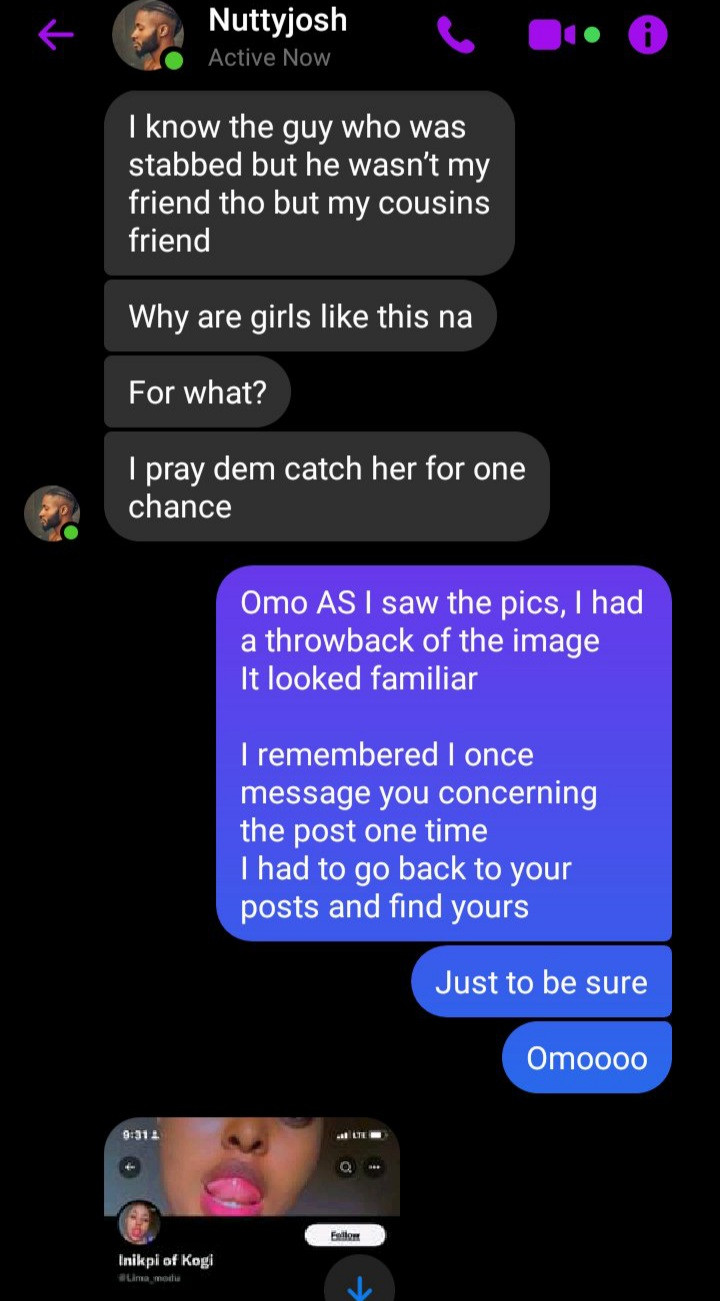 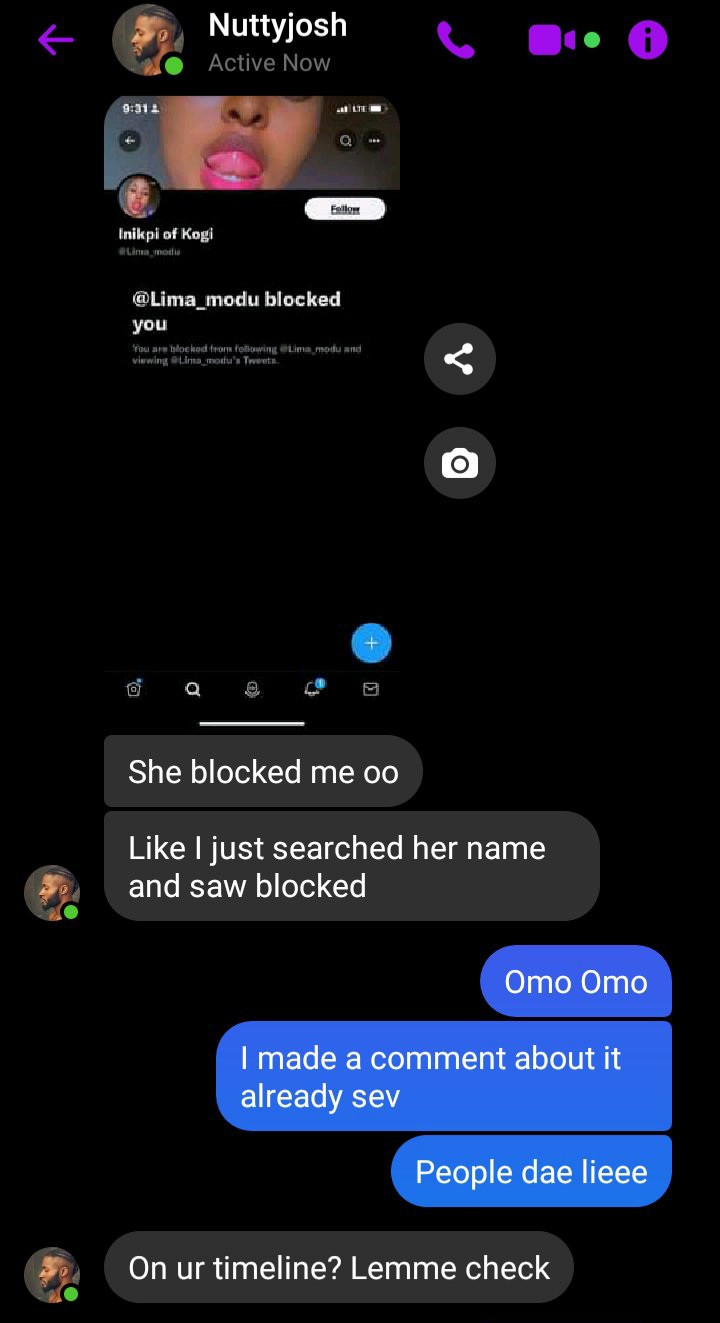 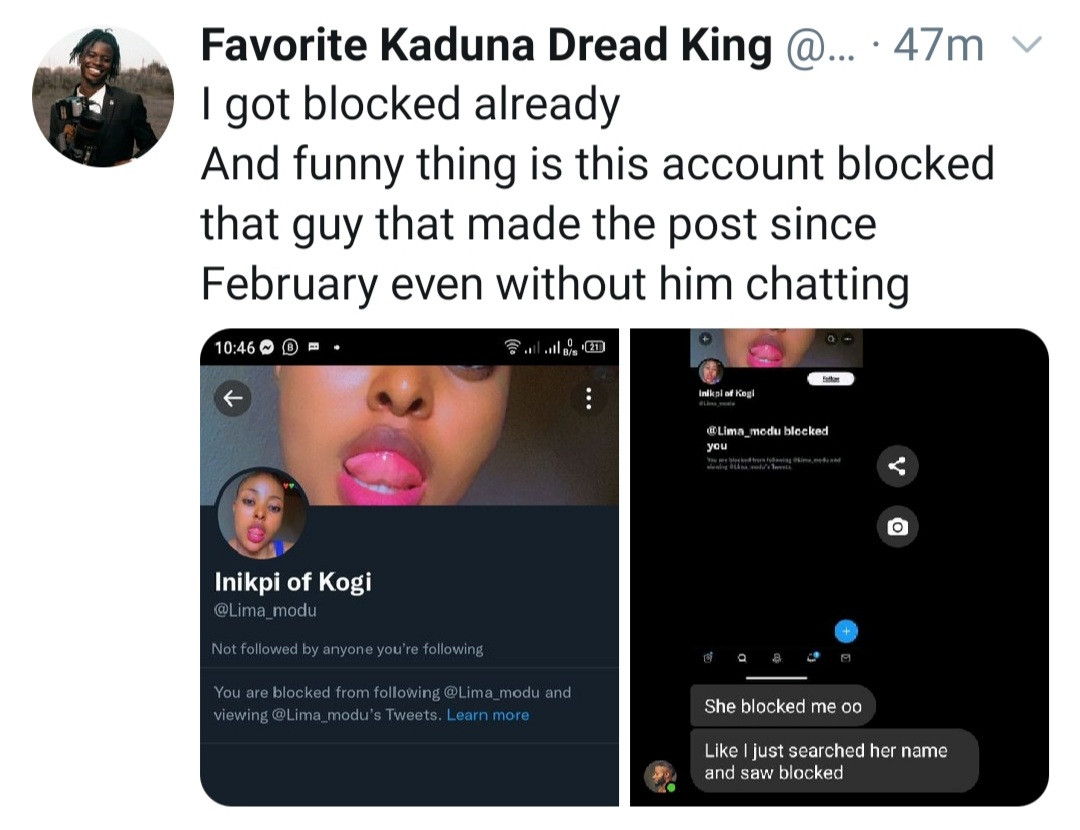